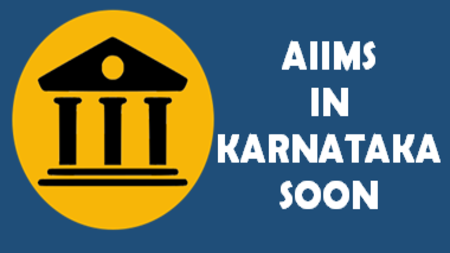 The establishment of Shri Atal Bihari Vajpayee Institute of Medical Sciences and Research Centre in Shivajinagar, an institute which has 150 seats for MBBS course can be considered as the first step of the new change. Karnataka is the second state to take up such a step after Gujarat.

Dr. Sudhakar added that the state has a plan of setting a new medical reform and AIIMS in Karnataka can be considered as the first step towards it. The minister also said that the state has already started working on it. Better health facilities and medical education is the aim behind the new reform.