The Ministry of Ayurveda, Yoga and Naturopathy, Unani, Siddha and Homeopathy (AYUSH) has announced the schedule for 3rd/Mop-up round for NEET AIQ Government/ government Aided/ National Institutes/ deemed/ Central Universities (BAMS/BUMS/BSMS/BHMS) seats which is to be held in the announced dates. Interested candidates for AYUSH 2020 mop-up round will have to register fresh, the payment facility for which will be available till the informed date. 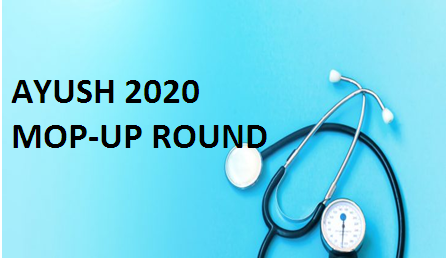 Eligible candidates can do the Choice Filling on the informed date, the results of which will be declared later as per the schedule. Selected candidates will then have to report on the venue for admissions after the declaration of the list of AYUSH 2020 mop-up round.