In a recent hearing led by the Nagpur bench of Bombay High Court, National Medical Commission (NMC) was asked to frame guidelines on genuine migrations. As the erstwhile Medical Council of India, now known as National Medical Commission did not state the Genuine Grounds of transfer or migrations, Bombay HC on genuine migrations said that if states, Universities and institutions would be entitled to instill their own guidelines in this case which would break uniformity.

This was followed by a petition filed by a second year MBBS student, who was seeking transfer from Government Medical College, Akola to either of the Government Medical Colleges in Nagpur. In her filed petition, she had mentioned that she was suffering from allergic bronchitis with chronic bronchial asthma leading her to breathlessness for which she had approached the Director of Medical education and Research (DMER) who dismissed her saying that transfer is allowed on genuine grounds to students with a disability of 40% or above. 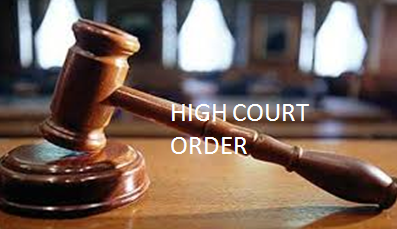 Dr. Uday Warunjikar who counseled the petitioner said that DMER cannot dismiss the plea as no state or DMER had the power to frame any regulations and the transfer was filed on genuine grounds. The regulations set by DMER wasn’t genuine MCI didn’t specify any disability of 40% or above. The petition was dismissed by the court on certain grounds.

There will be no uniformity if states and institutions frame their own guidelines, said the Bombay HC on genuine migrations. This would create litigations among students in the country. The court has therefore asked NMC to frame the guidelines which would not only create uniformity across the country but also save the time and efforts of students.